20 April 2022: Government urgently needs to intervene to reduce import costs on chicken and other staple foods if the country is to avert a looming hunger crisis, warns South African import-export company Hume International.

With a global network spanning 27 countries, Hume International imported some 180 million kilograms of frozen foods last year. The company has seen freight costs double over the past six months as a result of supply chain disruptions, which seen together with rising feed costs, spell disaster for households seeking affordable sources of protein.

“Cash-strapped consumers are at the brink because of soaring costs of living, and many cannot afford to shoulder the additional burden – the cupboards are already bare,” says Frederick Hume, Managing Director of Hume International.

“And the worst is yet to come, as a relatively strong rand and stockpiling by importers has largely shielded local households from the extremes of price spikes so far.”

Amidst trade bottlenecks and supply disruptions caused by Russia’s war with the Ukraine and recent lockdowns in Shanghai, the United Nations has reported that global food prices hit record highs in March. Fuelled by growing demand for cheaper sources of protein, local chicken prices leapt 12.3% year-on-year at the beginning of April.

The South African Association of Meat Importers and Exporters (Amie) recently called on government to place a temporary moratorium on imported poultry tariffs, and to lift VAT on poultry products.

But where critics argue that this would expose local markets to predatory trade and damage the South African poultry market, Hume notes that there is currently a global shortage of chicken, making it unlikely that the local market would be flooded with cheap chicken.

“The question is not one of lives versus livelihoods. The reality is that the South African poultry industry simply does not produce enough chicken to meet the needs of local markets, and particularly demand for local favourites such as thighs and leg quarters,” he says.

“Like the temporary reduction in general fuel levies introduced this month to offset skyrocketing global oil prices, lifting VAT and import tariffs on food staples is key if we are to avoid the type of unrest seen in July last year.”

Statistics South Africa estimates that low-income households in the LSM 1-5 groups spend as much as 37% of their income on food compared to just 14% amongst the LSM 6 – 10 household groups, underscoring the potential impact of surging food costs on stretched budgets.

“As global supply shortages and rising feed costs drive meat prices higher, it only makes sense to offset some of the financial strain on consumers by reducing the burden of taxes and import tariffs. This is especially crucial for low-income households who are particularly sensitive to price movements in staple foods.

“Chicken is one of South Africa’s most popular and inexpensive proteins, and frozen chicken particularly offers consumers the benefits of greater convenience and reduced food wastage. Lifting VAT and tariffs on chicken imports in South Africa represents the perfect solution to provide some welcome relief to vulnerable households.” 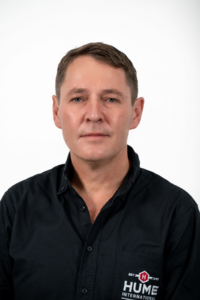 28 July 2022: South Africa’s food security is under threat by virtue of a declining and crumbling infrastructure, skyrocketing fuel and input costs, and long delays at ports.

30 June 2022: Concerns continue to mount over the impact of soaring food costs on vulnerable households – and rightly so.